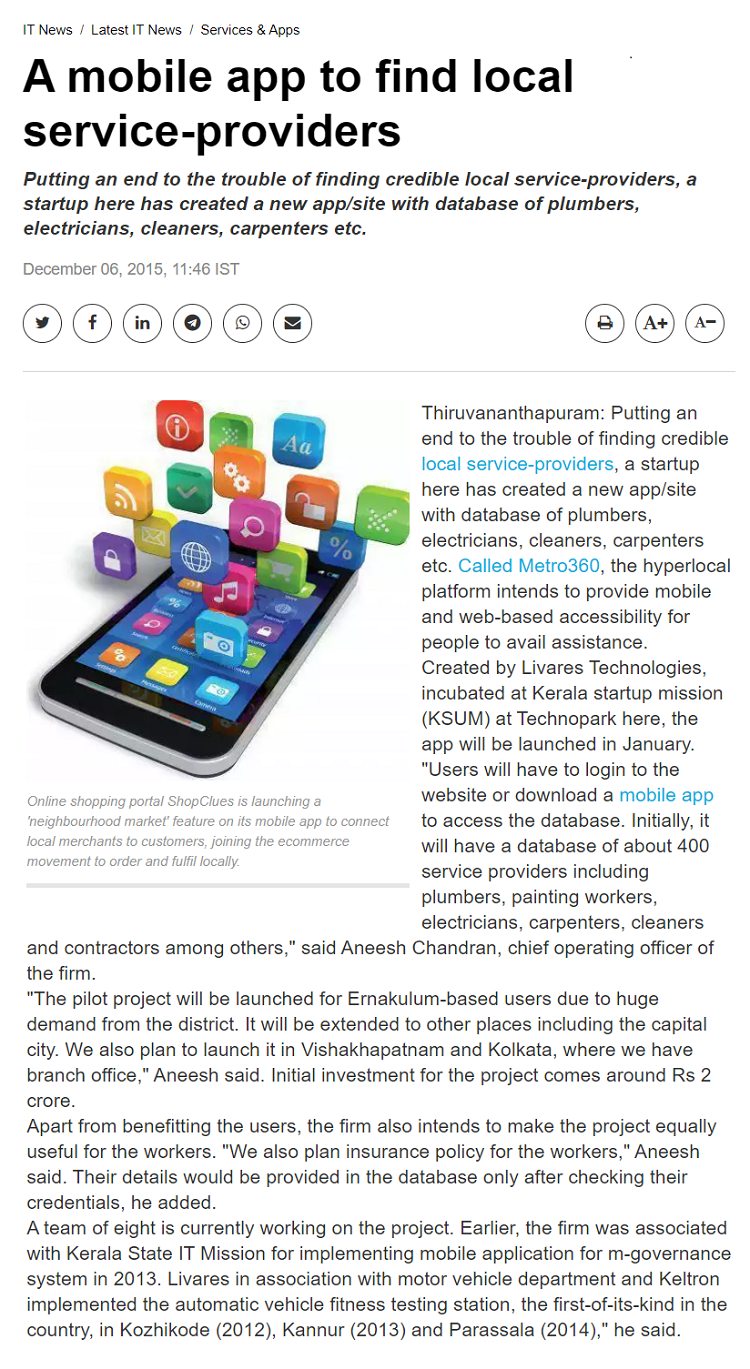 Thiruvananthapuram: Putting an end to the trouble of finding credible local service-providers, a startup here has created a new app/site with database of plumbers, electricians, cleaners, carpenters etc. Called Metro360, the hyperlocal platform intends to provide mobile and web-based accessibility for people to avail assistance.

Created by Livares Technologies, incubated at Kerala startup mission (KSUM) at Technopark here, the app will be launched in January. "Users will have to login to the website or download a mobile app to access the database. Initially, it will have a database of about 400 service providers including plumbers, painting workers, electricians, carpenters, cleaners and contractors among others," said Aneesh Chandran, chief operating officer of the firm.

"The pilot project will be launched for Ernakulum-based users due to huge demand from the district. It will be extended to other places including the capital city. We also plan to launch it in Vishakhapatnam and Kolkata, where we have branch office," Aneesh said. Initial investment for the project comes around Rs 2 crore.

Apart from benefitting the users, the firm also intends to make the project equally useful for the workers. "We also plan insurance policy for the workers," Aneesh said. Their details would be provided in the database only after checking their credentials, he added.

A team of eight is currently working on the project. Earlier, the firm was associated with Kerala State IT Mission for implementing mobile application for m-governance system in 2013. Livares in association with motor vehicle department and Keltron implemented the automatic vehicle fitness testing station, the first-of-its-kind in the country, in Kozhikode (2012), Kannur (2013) and Parassala (2014)," he said.

Contact now with unlimited support for any of our services you choose!